So Worth IT! Yellow Cab Tour

Yellow Cab kicked off its So Worth It! The Yellow Cab Pizza Tour at Eastwood Central Plaza last January 5, 2019 by giving hustlers what they need to have a head start in 2019: awesome music and delicious food—all for FREE! 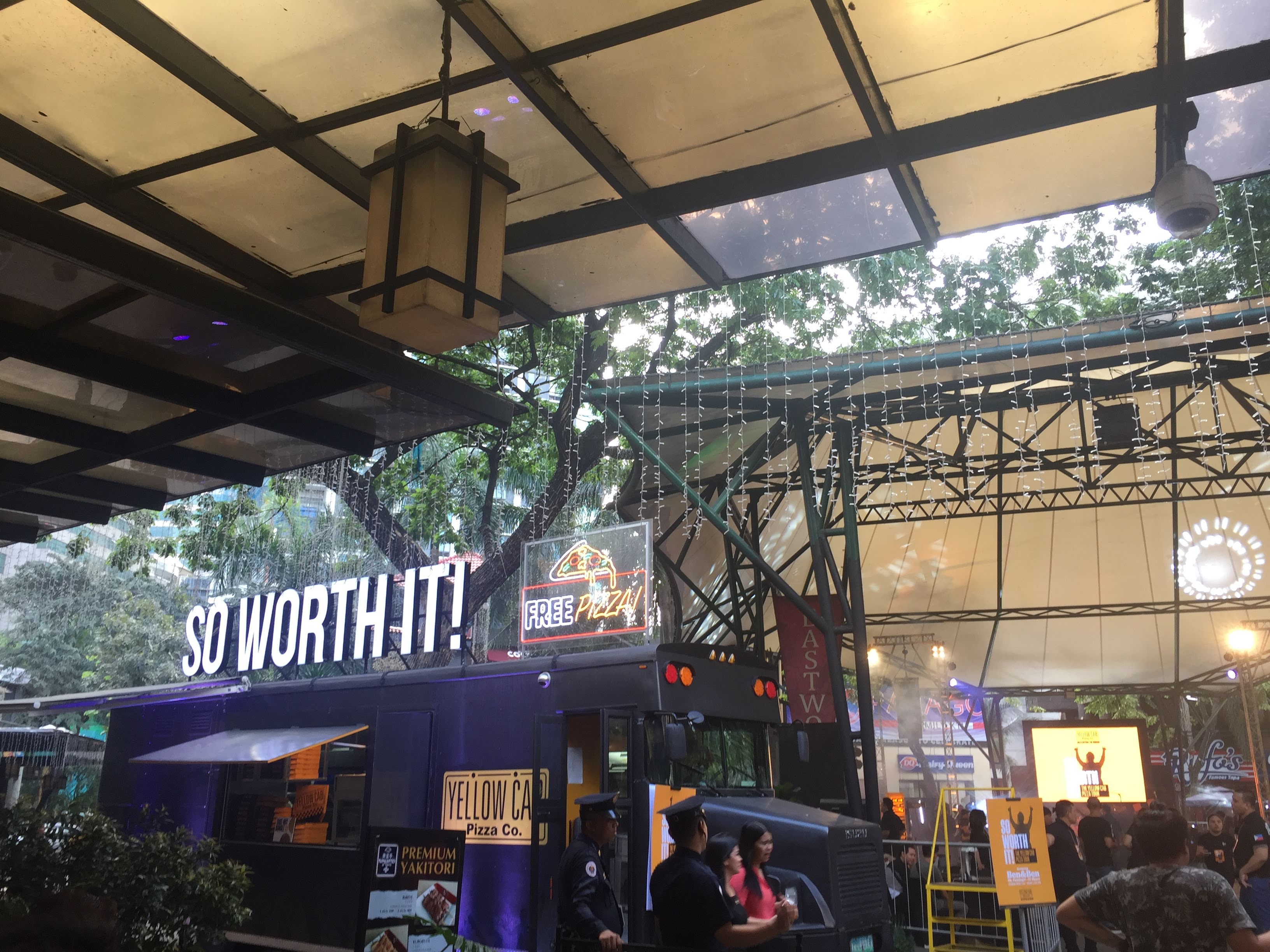 Fast-rising, folk-pop band Ben&Ben headlined the event and performed crowd favorites like “Kathang Isip,” “Susi,” “Maybe The Night,” and “Ride Home” in front of hundreds of music fans, pizza lovers, and hardworking hustlers from all around the metro.

Ben&Ben’s musical journey was a tough one at first, but instead of backing down, they hustled even harder until their craft prevailed. To date, the nine-member band has released multiple hits with over a hundred million streams on Spotify. They also just finished writing two new songs, “Araw-Araw” and “Limawasa Street,” which they debuted at the Pizza Tour kickoff as a special treat for their fellow hustlers.

“The love and support that we get whenever we release songs is a huge blessing and a magical thing for us,” shares percussionist Andrew De Pano. “We’re very grateful for all of it and we don’t think we’ll ever get used to the feeling of being overwhelmed, especially when we hear our songs being in used in movies,” adds co-vocalist Miguel Guico. “To us, that’s what makes our journey worth it.”

Other local artists who performed at the Pizza Tour kick off included DJ MVRXX, who set the energy level for the event with his opening mixes. Emerging indie rock bunch, Oh, Flamingo!, also took the stage and hypnotized the crowd with their melodic riffs and enthralling play on rhythm, beats, and tempo. Mia Ayesa a.k.a. DJ Miaow, wrapped up the night and with her killer looks and mixes, and kept the crowd’s energy at its highest until the end.

It won’t be Yellow Cab without the iconic pizza joint’s all-time bestseller, so hustlers also enjoyed a free slice of New York’s Finest pizza and a complimentary cup of Heineken when they answered this one simple question, “What are you hungry for and why makes it so worth it?” Limited edition Pizza Passes were also handed out, which they can use to redeem discounts for dine-in purchases made at selected Yellow Cab stores.

“We are very thankful to everyone who came and made our So Worth It! The Yellow Cab Pizza Tour kick off a success,” said Mark de Joya, Brand Development Director of Yellow Cab Pizza Co. “The Pizza Tour is our way of showing support to those who hustle the hardest for what they believe is so worth it, and we look forward to fueling more hustlers with our edge-to-edge pizzas and legendary chicken and pasta in our succeeding tour stops.”

Those far up north and down south can catch the So Worth It! The Yellow Cab Pizza Tour featuring homegrown artists and generous, edge-to-edge Yellow Cab eats that are sure to excite local communities and fuel their so-worth-it chase this 2019. While in Baguio-AyalaLand Technohub last January 12, 2019 here are the performers: Turncoats, Amateurish, and Jethro Sandico a.k.a. DJ Jethro.


And here’s another two events in Davao and Cebu:One Life Band and Next Option at Damosa Gateway, Davao on January 19; and Wonggoys, Pythagorean Band, and DJ Gnoevee at Cebu IT Park, Cebu City on January 26.

Make sure to catch the So Worth It! The Yellow Cab Pizza Tour and make every hustle, every chase so worth it with Yellow Cab. For more information about the tour, please visit https://www.yellowcabpizza.com/soworthit/