Araullo Gastropub: Why you shouldn’t sleep on this treasure trove of flavors

Araullo Gastropub: Why you shouldn’t sleep on this treasure trove of flavors

Disney and Avatar Announce Global “Keep Our Oceans Amazing” Campaign Ahead of 20th Century Studios’ Groundbreaking Film A vatar: The Way of Water

Hidden gem? Hole in the wall? Call it what you want, but with its elevated pub grub and well-curated beer, wine and spirits selection, pretty soon, Araullo Gastropub will be under the radar no more. 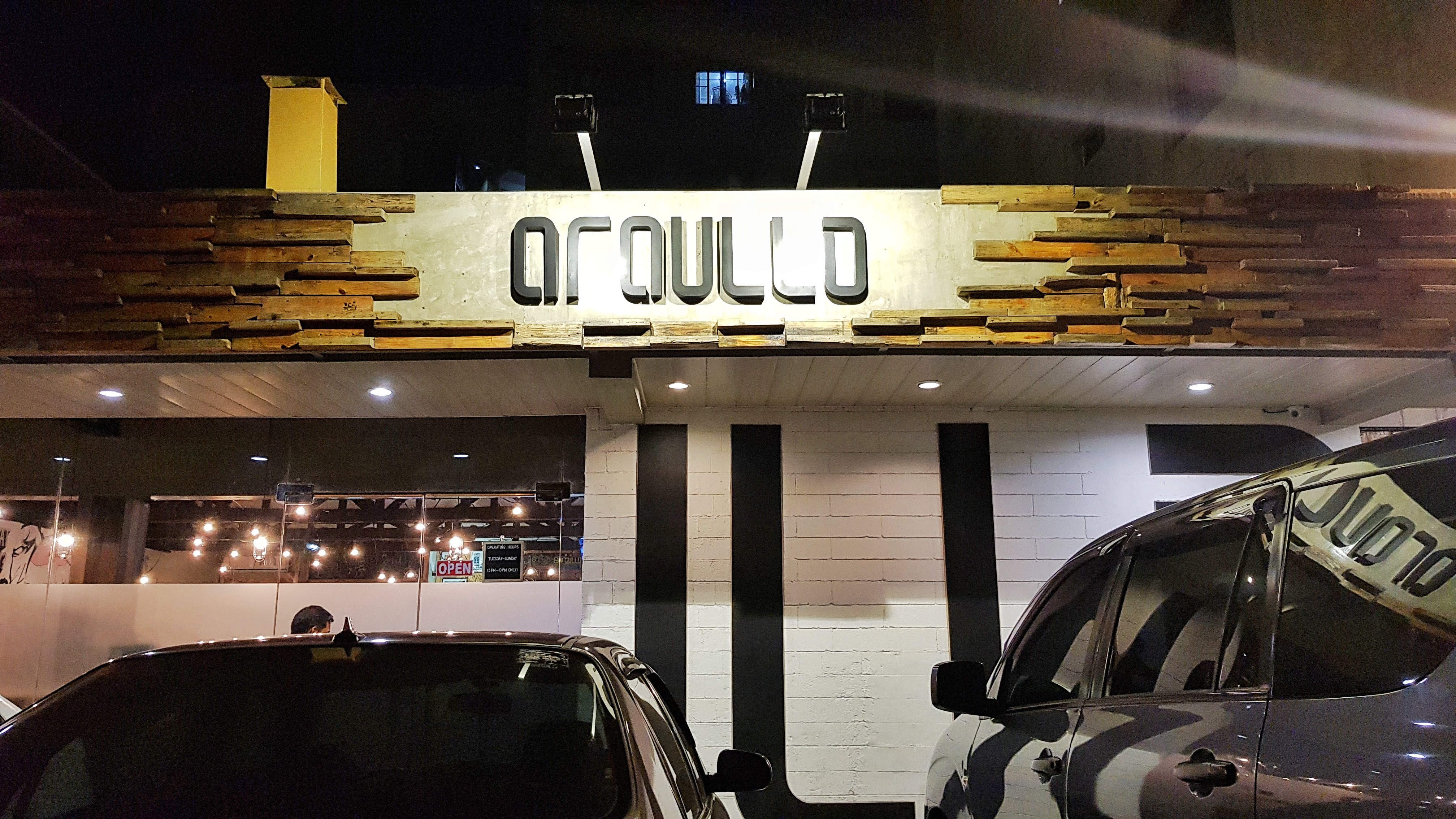 This new watering hole tucked in a quiet neighborhood in San Juan is giving the area a new lease of life, as its meticulously-crafted drinks and hearty dishes are enough to make it a destination in itself. Here, East meets West, with an array of international favorites making up the core of the gastropub’s trademark dishes. At the helm is General Manager Joma Tuaño, a chef himself who has worked in many kitchens the world over. Tuaño and his team designed a menu inspired by various travels abroad and the dishes that have piqued their taste buds. He shared that these were cuisines and drinks they would want to serve their family and friends, in a no-frills setting. “It’s basically food we would like to consume after a long, stressful workday or cocktails that we would like to have for the perfect nightcap, at a comfortable and casual nook,” he said. Araullo Gastropub’s dishes, however, are far from casual-looking, as much thought and effort have been put in the preparation and plating. “You’d be surprised at how the food is made! It’s as if we, as chefs and culinarians, were making it for ourselves and for our friends,” Tuaño continued. And as much as the food looks good, it tastes good, too.


For starters, the tangy ceviche that bursts of citrus and fish flavors. Easy and light, yet enough to satiate the appetite. This goes great with the Italian Dawn, a mix of bittersweet Amaretto and gin. If it’s a hearty appetizer you’re after, try the mussels in red sauce and dive into a feast of rich tomatoes and the mild and fresh taste of the sea. 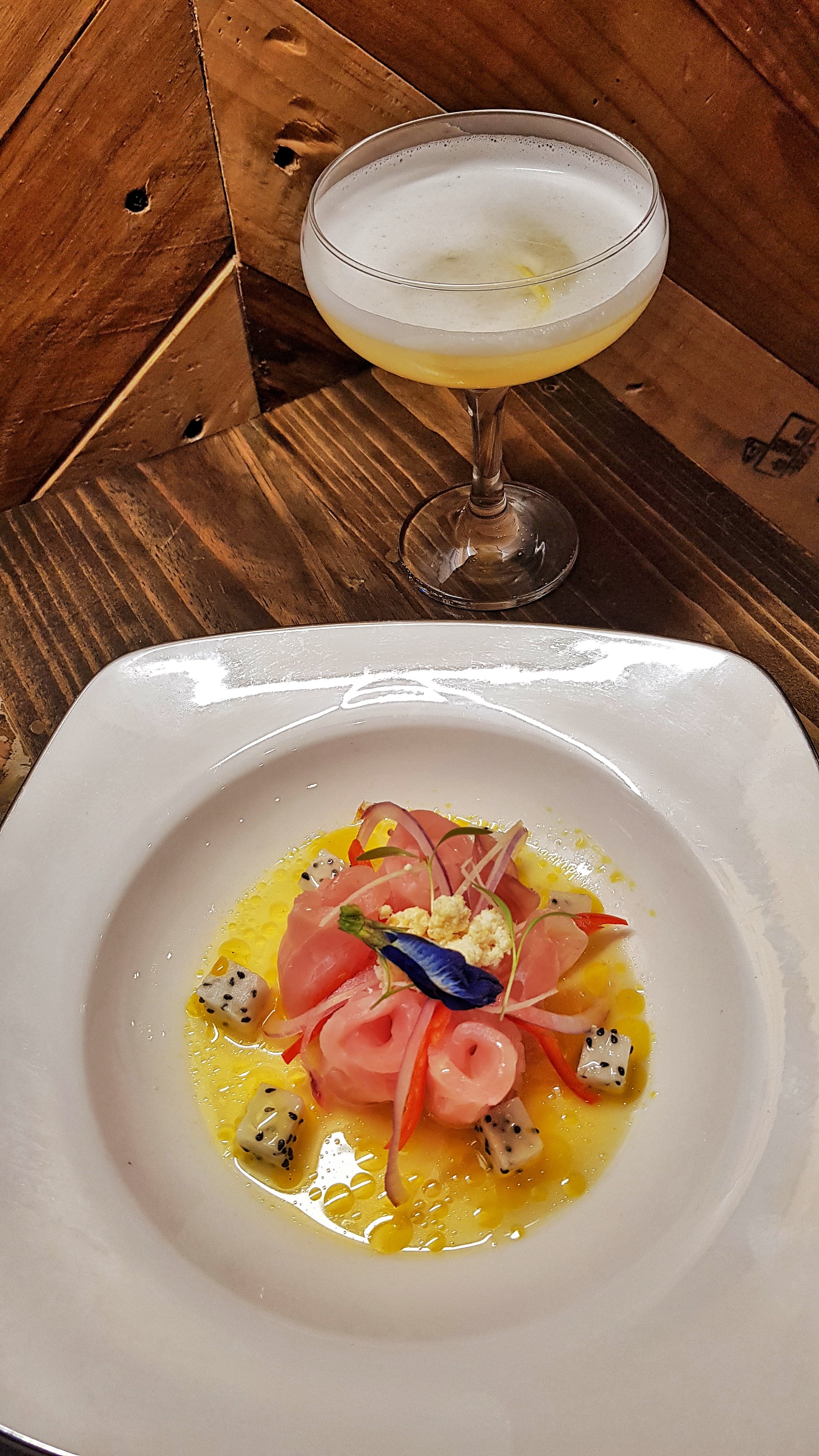 Those with an appetite shouldn’t miss out on a dish that has yielded many return visits— the porchetta. Araullo Gastropub takes the already sought-after pork belly to a whole new level of indulgent goodness. Crispy, crackling and golden brown on the outside, but melt-in-your mouth tender on the inside. Its contrasting herby chimichurri sauce and creamy squash and mushroom side perfectly complement the dish. The porchetta practically begs to be paired with the signature drink Minty Basil— gin and calamansi, garnished with mint to enhance the flavor with its aroma. 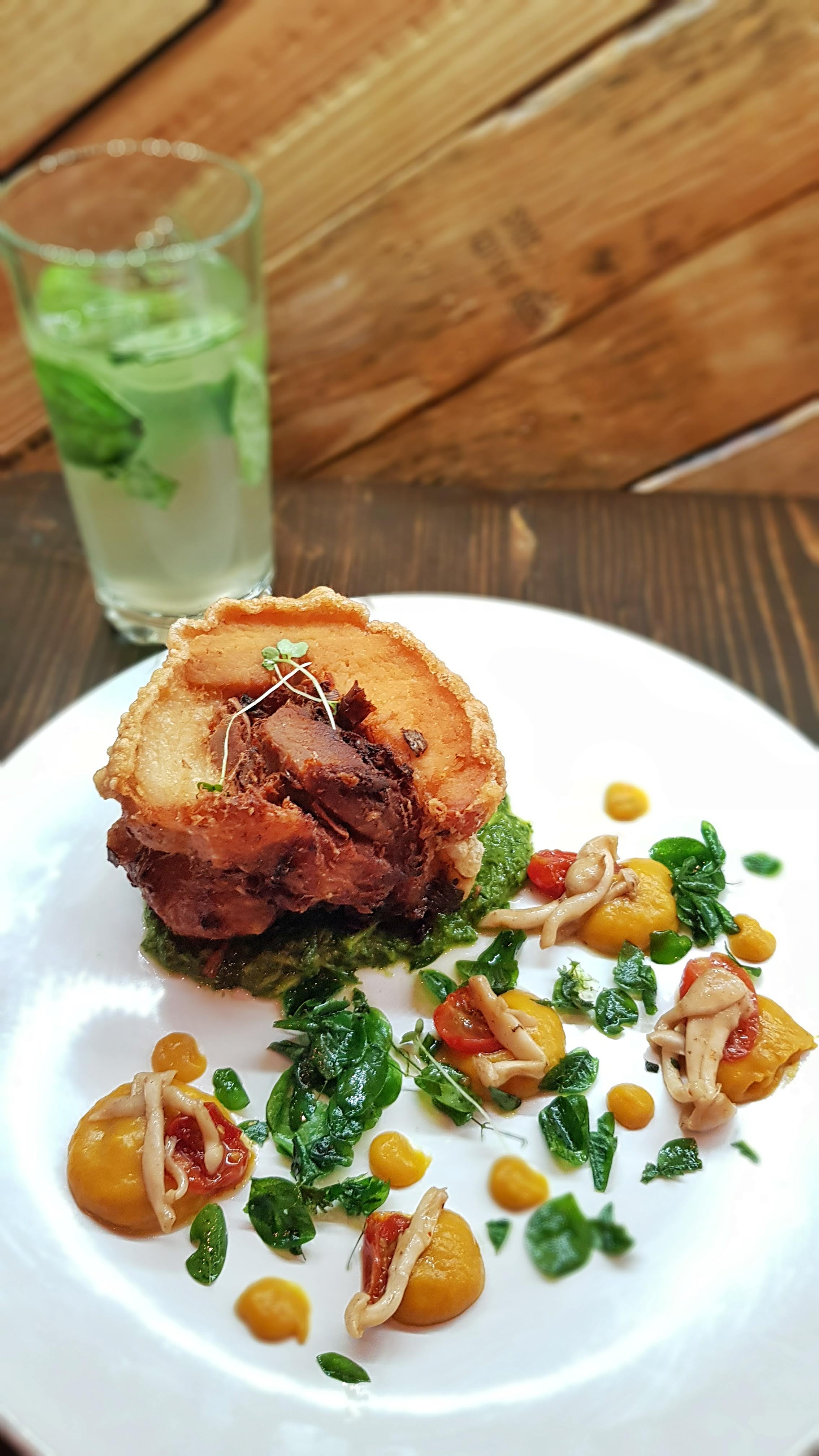 Araullo Gastropub effectively translates the amount of effort they put into building their food repertoire into the effort they put into creating their lineup of specialty drinks. They tapped renowned mixologist Audrey Gustilo to design cocktails that would pair perfectly with their dishes— from fruity, to full-bodied and strong, to straight and upfront, to relaxing. If you’re getting any of their honest-togoodness moist and juicy steaks, best to pair it with the Bitter Truth— part coffee vermouth, part whisky. If you opt for their dreamy, silky-smooth, slow-baked salmon, the fruity Whisky Blush is the perfect drink— whisky with a splash of lychee and lemon. Those who simply want to kick back with a beer should enjoy their brews from Engkanto Brewery, particularly their pale ale and IPA variants. It’s imperative that these are paired with classic bar chow like the crispy baby squid or the gambas. Whether you’re after dishes to satisfy your discerning palates or drinks to share with family and friends, Araullo Gastropub has something for everyone. Open the night with empty plates, leave with full stomachs. 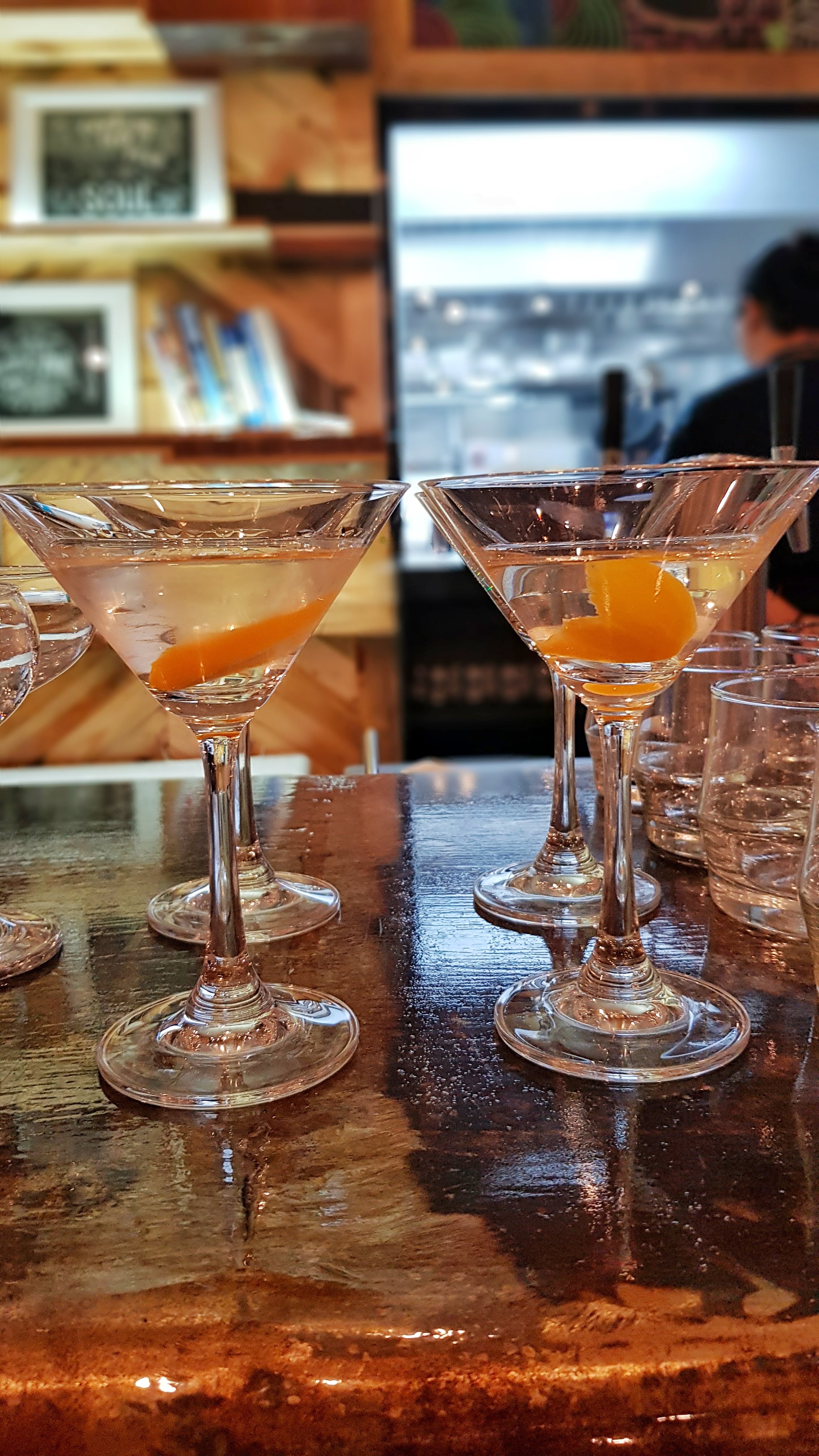 Here are the other suggested pairings that we tried:
For Appetisers, Prawn Bisque – prawn, cream and lime paired with Apricot-ini – vermouth, apricot, orange bitters. 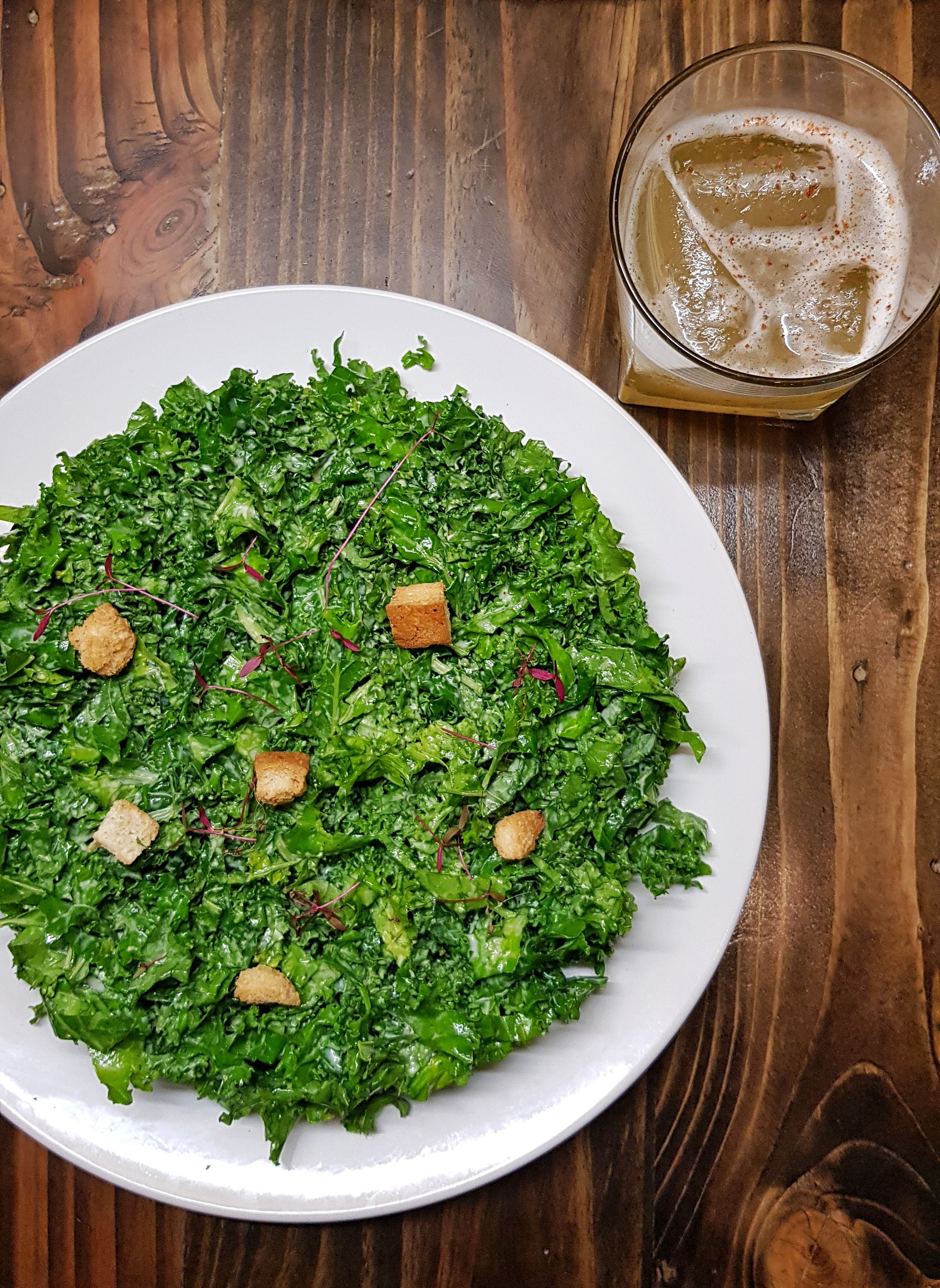 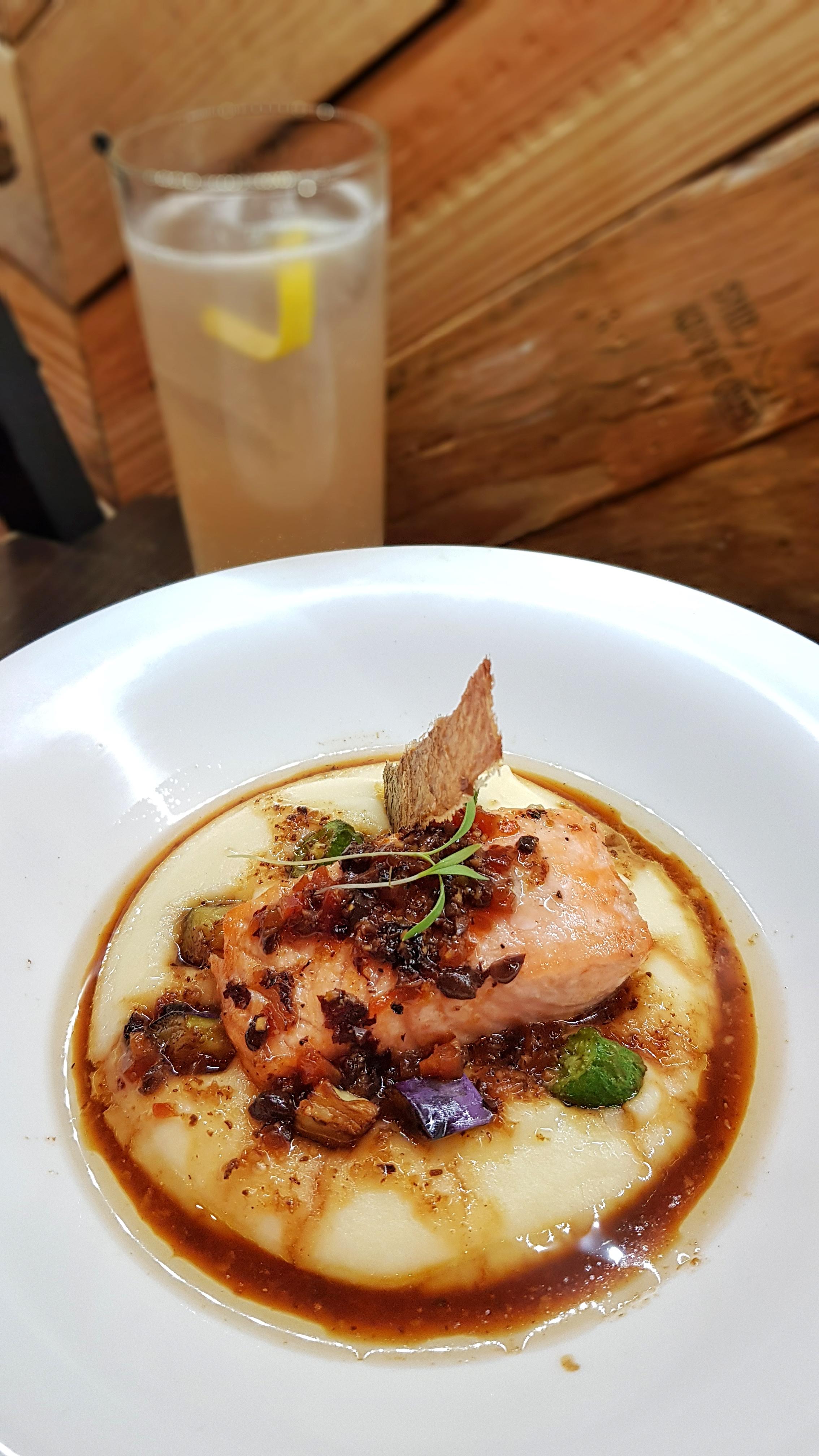 Truffle Pasta – truffle, cream, poached egg paired with Engkanto Pale Ale. I love the simplicity of the dish but very flavorful. One of my personal favorites. Certified na MaSHErap!

For the steak, Ribeye paired with Bitter Truth – house-infused coffee vermouth, whisky and orange peel. Also my favorite, I love the juiciness of the ribeye. 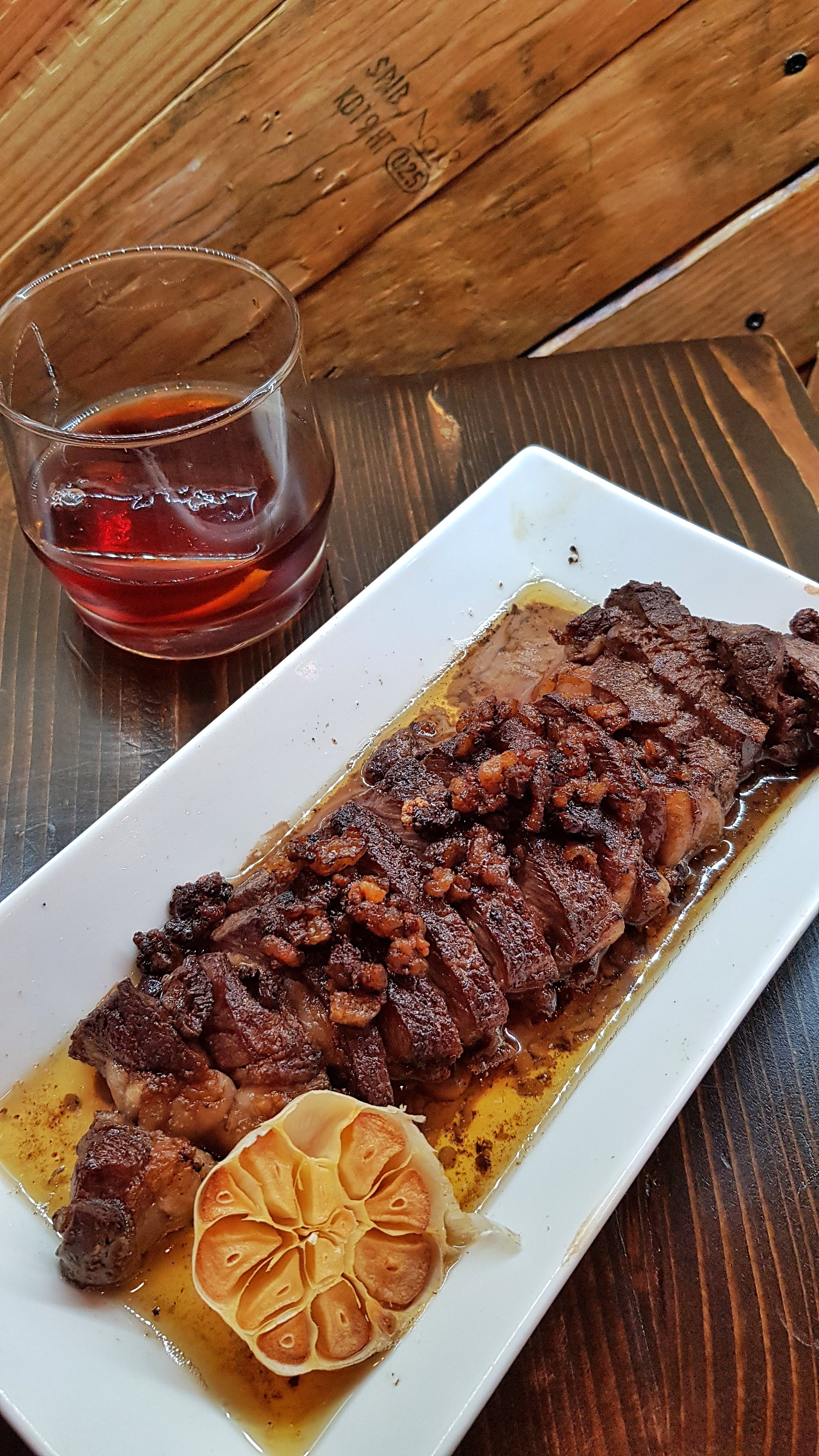 And for the dessert, we had Coconut Pandan Souffle – fragrant pandan, coconut and rum. 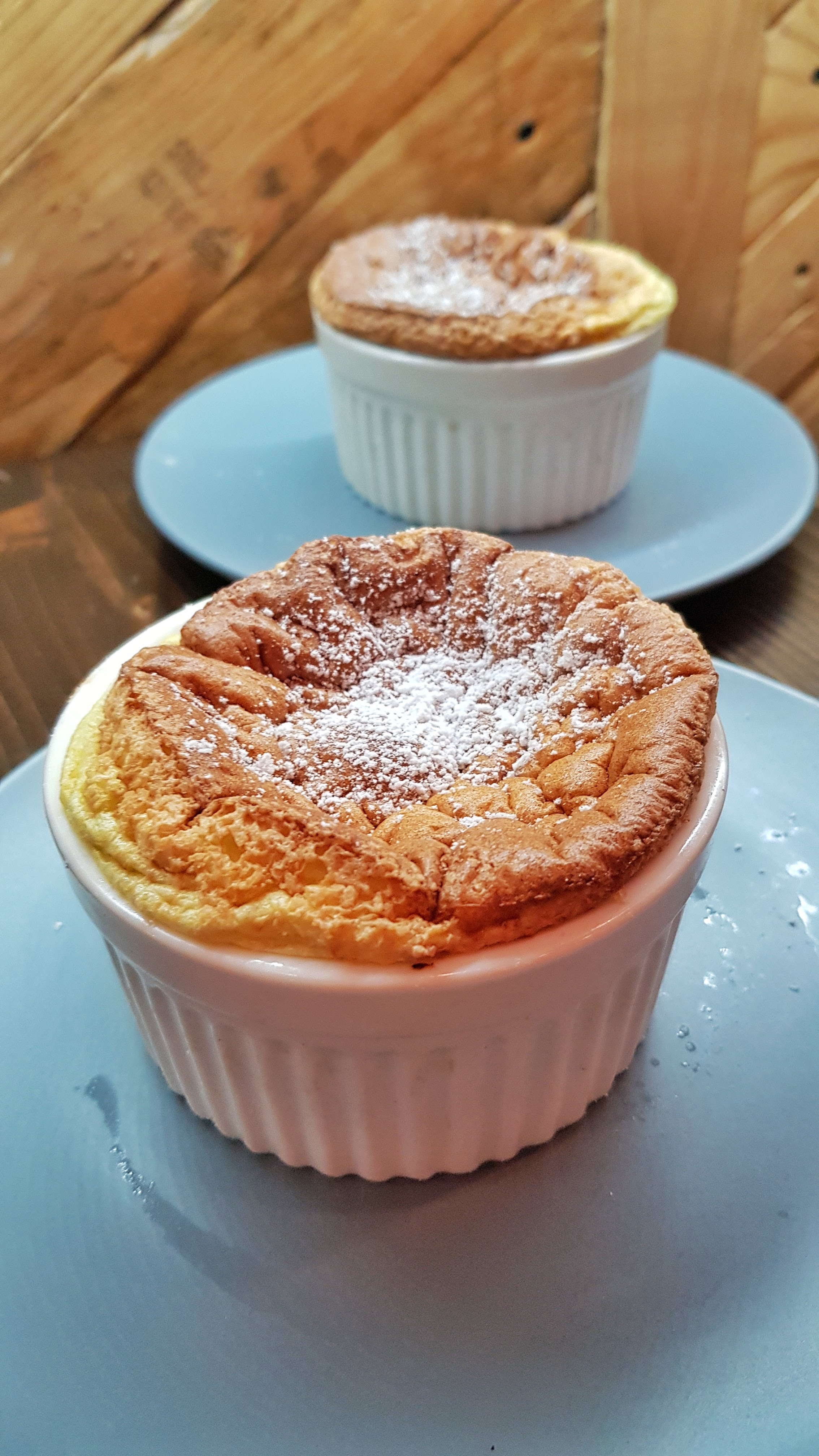